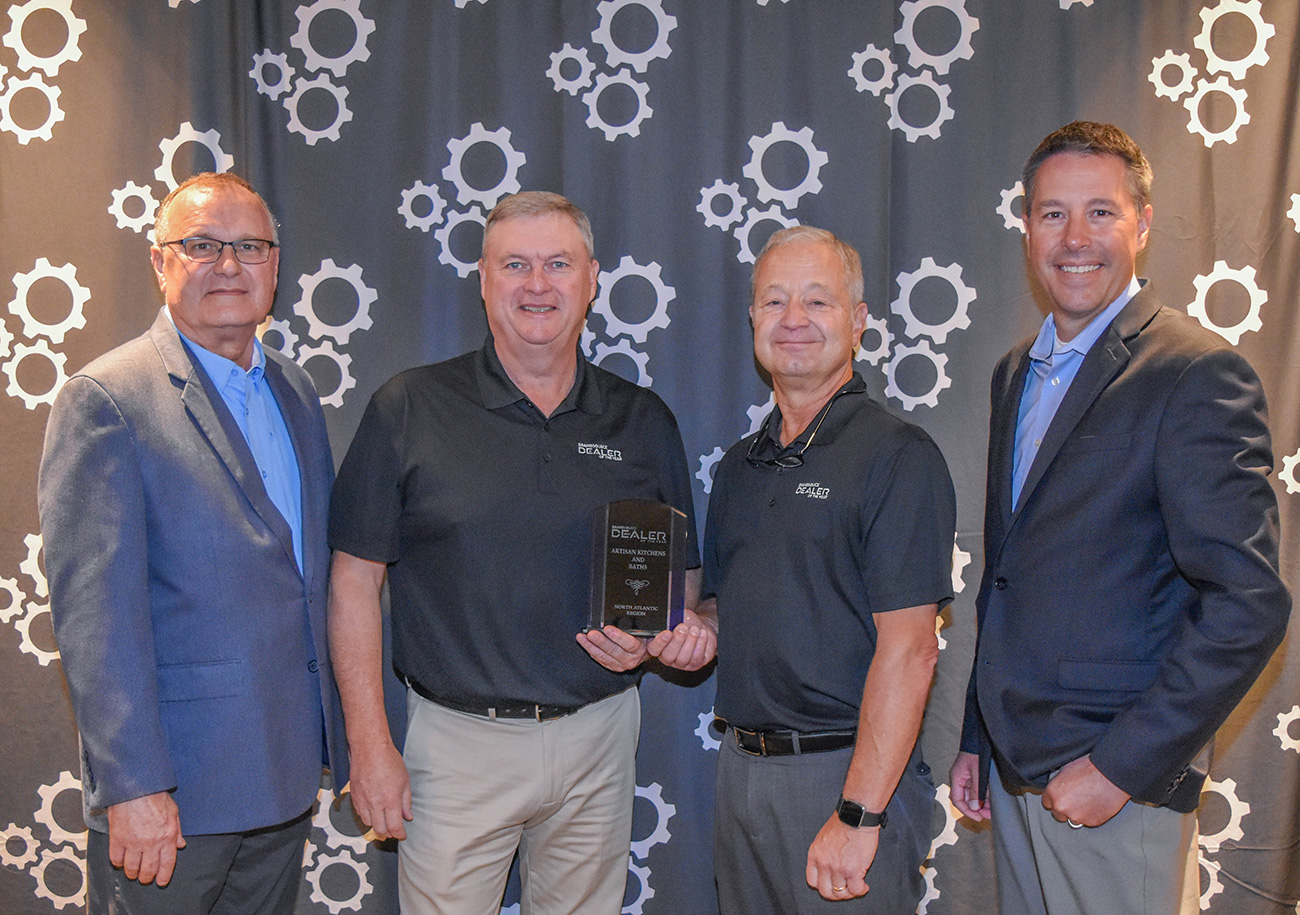 About us In The News Press Release

NASHVILLE —Artisan Kitchen and Bath in Buffalo NY, was named the 2021 BrandSource Dealer of the Year for the North Atlantic Region at the BrandSource National Convention, held this past August at the Gaylord Opryland in Nashville. Vice President of Wholesale sales Norm Telaak and Eastern Region Territory Manager Paul Brown were in attendance and accepted the award at the retail organization’s annual awards ceremony, highlighting the four-day meeting and product expo.

Artisan was established in 1985 and serves customers throughout western New York from a historic building in Buffalo.  Artisan’s state of the art interactive showroom showcases the latest in kitchen appliances in a unique space that preserves the historical integrity of the building once used to manufacture coal burning ranges.

They provide all the elements of a kitchen remodel including the design, cabinets, countertops as well as the appliances. During the pandemic, Artisan became a critical supplier of goods in the region to at both a retail and a wholesale level when they were able to procure inventory when few others could.

Region president Marty Winchell commented on the selection by saying, “choosing Artisan for Dealer of the Year was an easy one for our board, they have gone above and beyond and truly deserve it.”

The BrandSource Dealer of the Year awards are presented annually to selected members who have shown their continued support of BrandSource and its direct suppliers. Dealers of the Year must demonstrate that support by attending regional meetings as well as national events such as the Convention and BrandSource Summit.

Honorees were selected by the membership within each of the organization’s 14 Regions, and are saluted for their commitment to excellence in the retail industry, service to their community and to their fellow BrandSource dealers.

A well-deserved congratulations to Artisan Kitchen and Bath.

© 2021 Artisan Kitchens and Baths. Marketing and Branding by e8 Creative